He was the President of Jamia Sa-adiya Arabic College, Samastha kerala Sunni Jam-iyyathul Ulema and advisor of markaz Saqafathssunniya and All India Sunni Jam-iyyathul Ulema and Qazi of a number of places in Karnataka and kerala. He was a Mudarris at ullal in the year 1950 and assumed the charge of the Principal of Sayyid Madani Arabic College Ullal in the year 1971 and became the qazi of Ullal on 09-11-1978.On completion of his 50 year of meritorious service at ullal he was awarded the title of TAJUL ULEMA in the year 2000. He was a very learned scholar in Arabic and visited various places of the world. Under his guidance and directions the management of ullal Jamath is able to run and manage the various institutions in and around ullal. 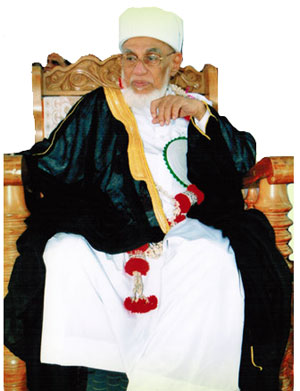