Born at Kotepura ullal in poor family in the year 1929. He started his career in the Gunny bag business and strived hard for the upliftment of the poor. Though educated to the elementary level he had farsighted ambition of educating the poor people of ullal and to bring the poor people at par with the educated people of other places. His early social work and popularity made him to be a member of the local panchayath and thereafter to the ullal Jamath. In the year 1973 he was elected to the prestigious post of the president of Ullal Jamath . Ever since then he is continuing in the same post unopposed for the past 40 years.

He was member of Dist. Wakf Committee. He was Facilitated on the occasion of Republic Day by the Deputy Commissioner of D.K Dist for his meritorious social Service, and the junior chamber of Ullal D.K. Facilitated in the year 1996. The Bearys welfare Association , Bangalore facilitated him on 27-07-97 on the eve of Meelad Function. The Swamiji of Ramananda Asharam Trust at kollya of Kotekar recognized his services for the humanity and awarded the title of Dharma Seva Rathna on 28-7-99.

Ibrahim Haji Passed away on October 01, 2007 at his own house at Kotepura Ullal. 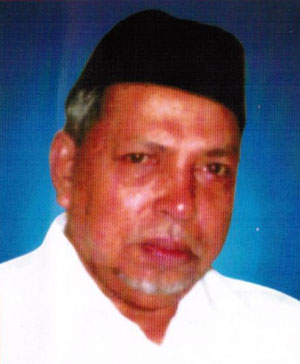