Assayyid Fazal Koyamma Thangal Koorath, son of late Ullal Khazi Thajul Ulama Assayyid Abdurrahman Al-Bukhari has been appointed as the new Khazi.In an annual general body meeting of members of 28 Mohallas he was choses unanimously to succeed his father.

Popularly known as ‘Koora Thangal’, he has been in the forefront of religious activities of a section of Muslim community in Dakshina Kannada and nearby areas. Addressing the gathering after taking charge, an emotional Thangal said that his responsibility to provide an able leadership to the people of the region has increased.Thangal also exhorted the Muslim community of coastal region to follow the path of Ulama and Umara and lead a religious life. 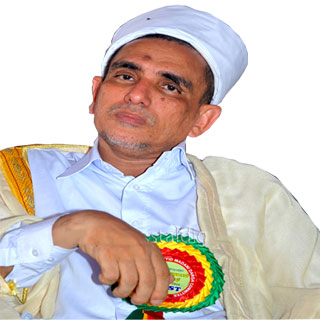